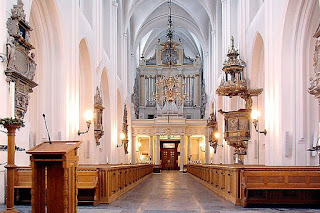 St Peter's Church in the heart of Malmö will receive a new choir organ until 2018. The entire organ project operates under the name "Nya toner i S: t Petri" (New Sounds in St. Petri). It includes 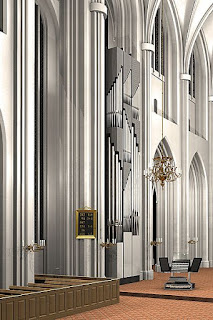 The overall composition is thus to be the largest organ system in Scandinavia. The driving force behind the project is Carl Adam Landström, organist at St. Peter, known concert soloist and innovative improviser. 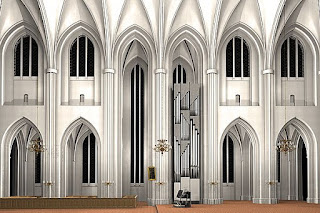 Developed in collaboration with Carl Adam Landström and Hans Ola Ericson as consultant the concept of the choir organ is far from the traditional structure of an organ. Rather, the entire pipework should be considered as a sound pool that can be fully managed by the Generale Console. So each sound can be assigned to each of the seven keyboards of the new console. Besides a wide range of warm foundation stops almost all harmonics within the octave will be individually available. Thus sounds can be assembled which are hitherto unheard of. 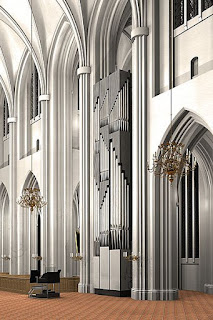 In order to control such a complex system, the new General Console will forgo traditional registry switches. The stop control is completely managed by two large touchscreens. 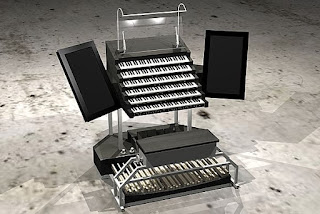 Carl Adam Landström is one of the concert organists in Sweden. Carl Adam works as a church organist and is frequently engaged as an accompanist for choirs and soloists. He is also teacher in organ at Malmo College of Music and engaged as guest Professor.